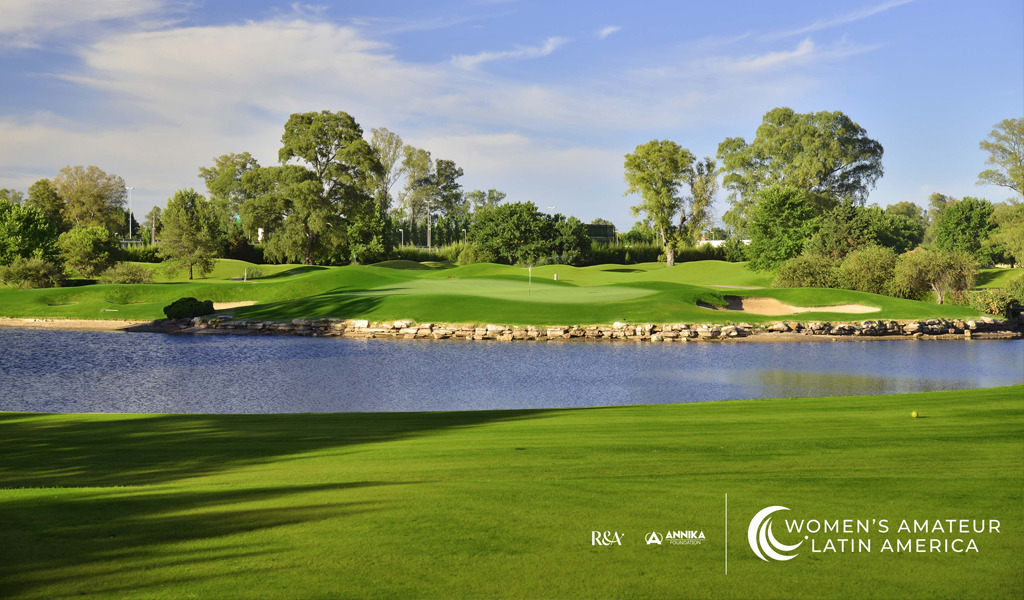 The Women´s Amateur Latin America championship (WALA) presented by The R&A and the Annika Foundation, will make its debut on November 18-21, 2021, at Pilar Golf, Buenos Aires, Argentina and will mark a major step forward for women’s golf in the region.

After being cancelled in 2020 due to the pandemic, the WALA will feature the leading 60 Latin American golf players in the World Amateur Golf Ranking. The championship was born out of the strong relationship between The R&A and the Annika Foundation after four years of conducting the Annika Invitational Latin America together.

“The relationship with the Annika Foundation and with Annika Sörenstam has been great from the start,” said Mark Lawrie, Director The R&A Latin America and the Caribbean.

"We saw how that partnership worked and the organisations complemented each other very well. When we had the chance to take a step forward and  propose a championship for the best players without an age limit they immediately loved the idea. We are both committed to developing women’s golf in the region and  the Women´s Amateur Latin America championship will be a huge step forward in that regard.”

Featuring a field of elite amateur players (45 of the 60 players in the field are attending university in the United States), the WALA will present an excellent platform for a  women’s amateur golf championship. The winner earns invitations to play in the 2022 AIG Women’s Open, the Women’s Amateur Championship and the Annika Invitational USA. The runner-up(s) will gain places in the South American Amateur Championship and the top three will qualify for the next edition of the WALA. These exemptions will apply provided the players keep their amateur status.

With the continuing impact of the pandemic, maintaining the health and safety of the players and officials is the utmost priority for the organisers. “Our focus is on health care,” added Mark Lawrie. "The pandemic is not over and we must be cautious. In Argentina we are vigilant for the possibility of a new outbreak so we have protocols in place which will enable us to apply appropriate sanitary measures in any kind of situation that may arise during the championship.” The organisation will provide medical care at Pilar Golf throughout the week and the players will not be allowed to leave the premises during the championship. “We will create a form of bubble with PCR testing but players will not be completely isolated. The idea is that they move around in groups and that they keep contact with other hotel guests, other players at the golf club or guests at the convention centre to a minimum. We will ask the players to stay within the premises so it becomes less of a concern.”

Despite the challenges caused by the pandemic, the Women´s Amateur Latin America championship will be a stepping stone in the continued growth of women’s golf in the region and offer life-changing opportunities for the winner and the runner(s)-up.